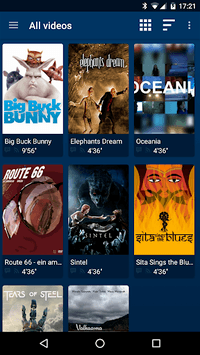 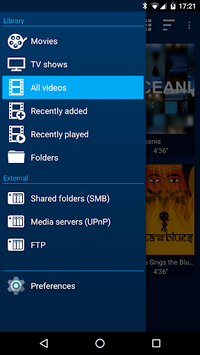 Are you one of those users who rely on general media players for quick video playback, but still feel lacking something? Whether it's immediate subtitles support or video data, here's a software that's extensively featured to be more than a just video player - Archos Video Player.

This tool is loaded with extensive features to offer you 360° support for video playback. From supporting most of the files to extracting descriptions and subtitles from the web, and scanning videos from all connected sources to displaying them in an organized manner, Archos Video Player does everything to give you a smooth viewing experience.

Here's more about it;

Play Anything From Everywhere

Besides having all the regular features for being a video player, Archos is acclaimed for its ability to support content from several connected sources. This includes the computers, servers, external USB drives, and even Server Message Blocks (SMB) and Universal Plug and Play devices.

Provided that all the devices are connected to the same network, like on the same WiFi, and they are allowed to share media residing in them. A video player can rarely support playing videos from servers and connected computers, but Archos Video Player does it.

A name that Archos has given to its video player's user interface. Leanback UI's real utility can be found if you're using Archos Video Player in TV, where organizes the entire collection in a unified manner to make it easy for you to watch.

It groups up all the supported videos from various connected sources and organizes them accordingly to be able to find them easily. Users can browse videos by not just their name, but also through genre, year, duration, and rating. For TV shows, you can search them by seasons too. Old-school users can try browsing folder-wise if they're interested.

You can ask the Archos Video Player to get a video (movie's) official poster, trailer, description, and subtitles while watching. Archos scans the web for relevant data and presents it almost immediately. Also, you can look up multi-audio track and multi-subtitles support for a single video.

It gathers them all and attaches to the video you've got, to be able to help you get started.

Besides have more-than-just features for being a video player, Archos got AC3/DTS pass-through on supported hardware like the NVidia SHIELD TV, Nexus Player, AmLogic, and Rockchip based set-up boxes.

Further, it supports 3D video playback in both side-by-side and top-bottom for 3D TVs. With a Night Mode feature adjusting to screen brightness automatically, it has Audio Boost to increase the audio level of videos with poorly encoding.

Further, some of the hidden features you can try after all these like, disabling the playback history recording while in private mode, setting an automatic scanning for finding new files in the network, multi-device network video resume, and manually adjusting the subtitles and audio/video to syn with the playback.

While you can get most of these features in the free version, you may try the paid version ($5) of this to go ad-free. Archos Video Player is available for Android TVs, tablets, and smartphones running Android 4.0 and above.

How to Install Archos Video Player Free for Windows PC or MAC:

Archos Video Player Free is an Android Video Players & Editors app that is developed by Archos S.A. and published on Google play store on NA. It has already got around 5000000 so far with an average rating of 4.0 out of 5 in play store.

Archos Video Player Free requires Android OS version of 3.4 and up. Also, it has a content rating of Everyone from which one can decide if it is suitable to install for family, kids or adult users.

If you follow the above steps correctly, you should have the Archos Video Player Free app ready to run on your Windows PC or MAC.