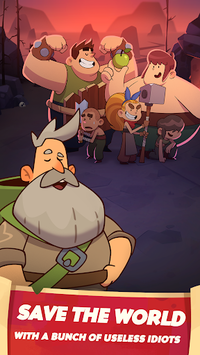 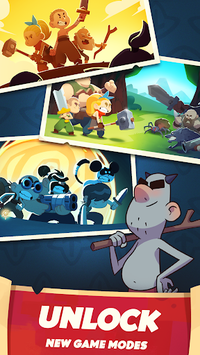 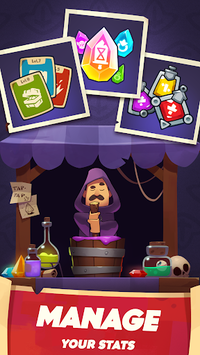 Got some time to kill for simple games? Here's one that's so typical, yet popular - Almost a Hero. It's an idle role-playing game that doesn't need much attention while playing, making it a good choice while in transit or in an unimportant meeting.

Almost a Hero falls into a typical category called incremental games or the clicker games, which needs less mental activity from the player and progresses with simple taps repeatedly. While we think how games of such are interesting, they invoke the necessary emotions of a player while gaming and make him continue.

Clicker games as Almost a Hero offer in-game rewards to users on every milestone they make, which could be used for upgrading their skills to perform even better. And this is how Almost a Hero, just as any other incremental game entices players. While they all seem the same, here's how Almost a Hero stands out with its slightly unique features;

Almost a Hero game-play is loved for having a clean and straight story-line. The game developers themselves mentioned that this game isn't for those adventurers with battle skills of greatest heroes but for patient players who can evolve try-hards into heroes, of Almost Heroes!

The game prides itself on players who work hard to mend the characters with no powers to warriors. This typical strategy is something that Almost a Hero boasts of and also liked by players.

It has fine 2D graphics with a static interface. You have nine heroes to unlock bypassing the various levels - all with progressing difficulty. Every character is unlocked with no powers, but just with appealing attributes. It's you who need to add relevant skills to them to make them heroes.

In the pursuit of making your zeros heroes, you will be starting with a Magical Ring, that strikes your enemies with a lightning thunderbolt whenever you tap on the screen. You can choose to tap anywhere on the screen (make sure you're clicking on the game options), to hit enemies with your lightning bolts and kill.

As a routine, you'll collect some gold rewards on each enemy kill, which will be added to our account for aiding the upgrading purposes. Initially, you can use this gold to upgrade your Magic Ring powers, thereafter, you can start selecting new heroes in the next levels.

All the rewards you accumulate will be helpful for upskilling your character. These could be in terms of weaponry, spells, defenses, or others. You must keep upgrading both your Magic Ring and the character to keep them competitive against the strong enemies.

You can discover new secrets and train them throughout the quest to make them heroes (or Almost Hero). To make it seasonally interesting, developers add some new outfits, in-game goodies, and temporary characters. For example, they have added candies, pets, and new dragons to the game on the eve of Christmas.

How to Install Almost a Hero - Idle RPG for Windows PC or MAC:

Almost a Hero - Idle RPG is an Android Role Playing app developed by Bee Square Games and published on the Google play store. It has gained around 1000000 installs so far, with an average rating of 4.0 out of 5 in the play store.

Below you will find how to install and run Almost a Hero - Idle RPG on PC:

If you follow the above steps correctly, you should have the Almost a Hero - Idle RPG ready to run on your Windows PC or MAC. In addition, you can check the minimum system requirements of the emulator on the official website before installing it. This way, you can avoid any system-related technical issues.