In this update:
• Optimizations and bug fixes to improve overall game performance.

Thanks for the continued feedback and support, and happy gaming!

If you like this game, please consider taking a moment to rate/review it. 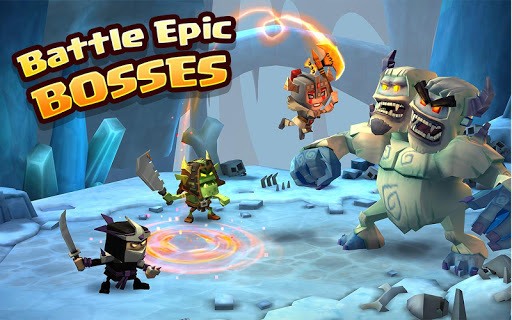 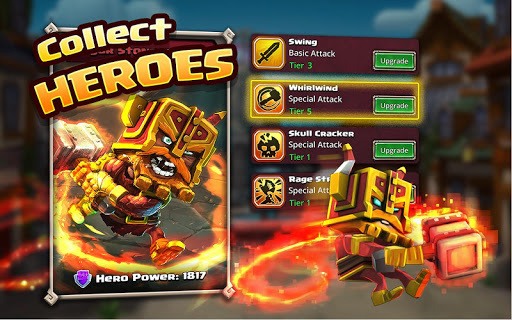 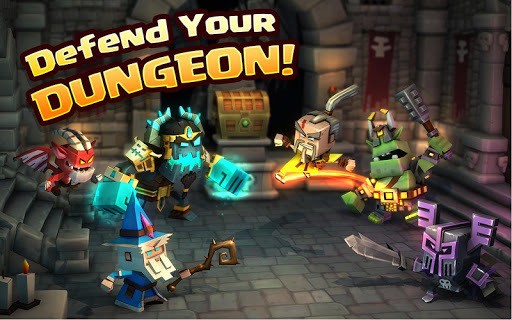 Step into the world of dungeons and dragons with Dungeon Boss, a turn based role play game for Android devices. It is a strategy game with powerful fantasy heroes and giant monsters. Choose from a number of heroes, each with unique capabilities. The heroes’ abilities can be upgraded which can be really helpful in defending your dungeon from sudden monster raids. Build a team of heroes strategically for incur maximum damage to monsters while taking minimal damage from their attack. It's not just monsters that you can battle with, raid other players’ dungeons too in PvP action.

Dungeon Boss is a really engaging game to play not just because of its amazing gameplay, but the availability of different game modes, detailed and vivid graphics, and the ability to play the game with or against your friends.

This free strategy RPG game for Android has scored more than 5 million downloads, making it one of the best games in this category, and it’s absolutely free to play.

Here, we take a look at the features of this turn based RPG for Android:

- Lots of heroes available to form a squad, like dwarf warriors, ninja assassins, evil goblins, majestic knights, mythical beasts and more. All of these heroes are highly upgradable that will improve their powers and skills.

- Dungeon Boss can be played in different game modes. Play either in a PvP mode where you raid other players’ dungeons, defend your dungeon from other players attacking it, or simply play the game in campaign mode at your own pace. You can also take revenge from players attacking your dungeon by attacking their base. Other game modes where you can collect great loot are Tower of Pwnage, Challenge Mode, and the Boss Mode.

- Your heroes carry different weapons that are separately upgradable. You can also customize your heroes’ looks with unique skins.

- Win huge loot throughout the game by battling, achieving goals, solving daily quests, participating in weekly events, and topping the leaderboard. You can use the loot to upgrade your heroes’ powers, weapons, and more.

- You can also watch other players’ PvP battles. By watching these battles, you get to learn new strategies and hone your playing skills that will help you win more battles.

- As you proceed through the game, collect more and more heroes to join your guild so that you can raid others’ dungeons with different troops.

How to Install Dungeon Boss – Strategy RPG for Windows PC or MAC:

Dungeon Boss – Strategy RPG is an Android Role Playing Game that is developed by Boss Fight Entertainment and published on Google play store on Aug 4, 2015. It has already got around 5,000,000+ downloads so far with an average rating of 4.0 out of 5 in play store.

Dungeon Boss – Strategy RPG requires Android OS version of 3.4 and up. Also, it has a content rating of Everyone 10+ (Fantasy Violence), from which one can decide if it is suitable to install for family, kids or adult users.

If you follow the above steps correctly, you should have the Dungeon Boss – Strategy RPG Game ready to run on your Windows PC or MAC.