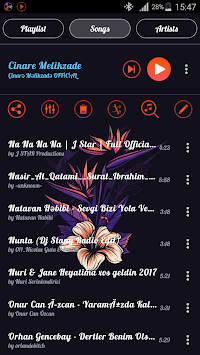 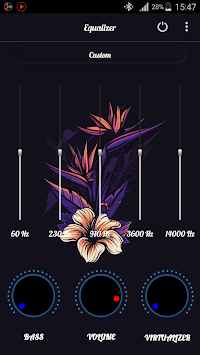 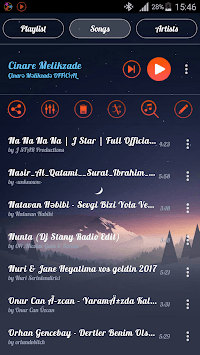 We all know that having hundreds or thousands of songs on the device won't be helpful until we have the right music player to handle them all. Also, default music players may serve the basic job, but lack features to better our listening experience. Thus, here's an all-rounder serving all such purposes - BlackPlayer Music Player.

Crafted by 99 Names, BlackPlayer Music Player is an advanced tool made to make the listening experience great. All of its features are directed at giving the user an easier way to access their extensive library, and tune them for better listening. Here's more about it;

Setting up the BlackPlayer initially will ask you for an option to add its widget to the screen. Adding this creates a separate widget in your device, which helps play the music quickly rather than go to the app. You can pause/play and move on to the next songs in the library with simple taps in the widget.

The developer has crafted BlackPlayer's UI in such a way that, you can browse all your songs through various categories like the Playlist, Genre, folder, Artist, or Album. This makes it easier since going throughout the song's library for finding the right one is simply a hassle.

Customizing the app's theme is one benefit that helps your eyes to have a refreshed look every time you hit the player. You can choose among various themes to make your BlackPlayer looking cool.

You can create different playlists based on different moods, thus playing the ones accordingly. All you need to do is to add your favorite songs to a new playlist and name it for a purpose.

If you're one of those users who listen to music while sleeping and leave the player running throughout the night, this feature helps you save your resources. Sleep Timer setting in BlackPlayer will let you set a time, where the player will automatically be turned off when it hits that defined time. This can save you the battery, which may be consumed for useless playback after you sleep.

BlackPlayer has a 5-band equalizer with powerful bass and a virtualizer to let you control the music playback as you like. You can tune the audio with a range of tools to sweeten your ears. Better be having a basic idea about what these things are to use them effectively.

BlackPlayer configures the device's settings to let you set the desired song as a call ringtone. This way, you'll be altered with your favorite music whenever there's a call.

You can publicize your music interests to the outside world through any of the social media platforms available in BlackPlayer Music Player. You'll be asked to connect both these services initially while sharing the tracks online, which would let your friends know what you're currently vibing for.

Finally, it also lets you select only a few songs in a full playlist, and play them in a queue instead of whole. Also, it's available in over 60 different languages to help you understand the interface, and feel native.

How to Install BlackPlayer Music Player for Windows PC or MAC:

BlackPlayer Music Player is an Android Music & Audio app that is developed by 99 NAMES and published on Google play store on NA. It has already got around 10000 so far with an average rating of 4.0 out of 5 in play store.

BlackPlayer Music Player requires Android OS version of 3.4 and up. Also, it has a content rating of Everyone from which one can decide if it is suitable to install for family, kids or adult users.

If you follow the above steps correctly, you should have the BlackPlayer Music Player app ready to run on your Windows PC or MAC.