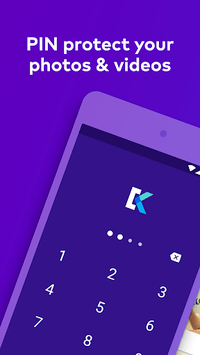 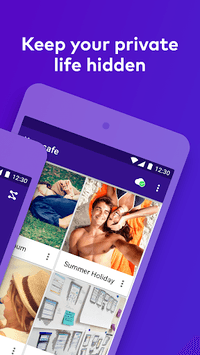 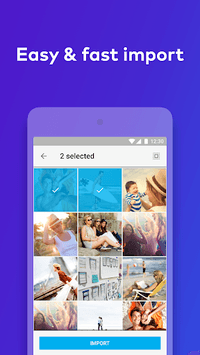 In a world of privacy breaches and security loopholes, finding an authentic and reliable platform to hand over our personal data is hard. But as a ray of hope, Keepsafe Vault app comes to rescue by safeguarding our personal photos and videos with tight security protocols. Keepsafe Vault is an app to store private photos, videos and files, where they can be deleted once uploaded to the app.

While it's got the best security to safeguard our private stuff, it's vested with several features to gives us more reasons to entrust and try out the platform.

Starting with the basic features, Installing Keepsafe and creating and account would let you store 200 photos in a private vault, and also access to Private Cloud storage. This cloud saving is very helpful, as it syncs across platforms to be accessible from various devices later on. Further, since being saved on cloud, the private stuff still be accessed securely even if your phone (or other device where you've stored files) was lost.

Though these features seem adequate, you may want more from a vault app like extra storage, file recovery, break-in alerts etc. For this, you need to subscribe to the Premium version of this, which costs $4.99 a month or $23.99 an year. Subscribing to the annual plan would save you a whopping 60%, and you can try this with a 30-day free trial to know if it's worth.

It should be, as we hope your private stuff cannot suffice in under 200 photos and with basic features. Thus, Keepsafe Premium is suggested, which besides being ad-free and having all of Basic plan, it has;

A Fake PIN - where you can set a fake PIN to a Keepsafe decoy app.

Album Lock - You could set a dedicated PIN for each album you create.

Compression and Storage - This could be the major benefit of switching the Premium plan, as it compresses the photos without losing clarity, and backs up originals to your private cloud. Further, the storage capacity is extended to house about 10,000 images.

Break-in Alerts - The app alerts you with notifications and photos of the intruders captured when they try breaking in.

Besides these, there are some other helpful features like Facedown Lock, where the app gets automatically locked when the phone is laid upside (display) down. Further, you can share the photos from your vault to others for a specified period, like they disappears after 20 seconds of being received!

While we've learned all about compelling features, privacy apps are deemed reliable only if they're having strict security technologies and privacy policies to secure our stuff. And to gain users faith, Keepsafe follows military-grade security to encrypt our stuff, and one biometric and one PIN based locks. Surprisingly, Keepsafe has about 20 employees to deal with app's business operations, but none as IT admins or technical employees to oversee your vault stuff.

How to Install Keepsafe Photo Vault for Windows PC or MAC:

Keepsafe Photo Vault is an Android Photography app that is developed by Keepsafe and published on Google play store on NA. It has already got around 50000000 so far with an average rating of 4.0 out of 5 in play store.

Keepsafe Photo Vault requires Android OS version of 3.4 and up. Also, it has a content rating of Everyone from which one can decide if it is suitable to install for family, kids or adult users.

If you follow the above steps correctly, you should have the Keepsafe Photo Vault app ready to run on your Windows PC or MAC.