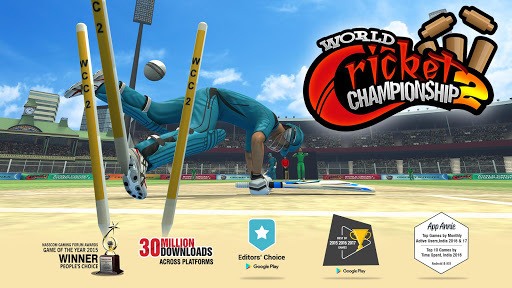 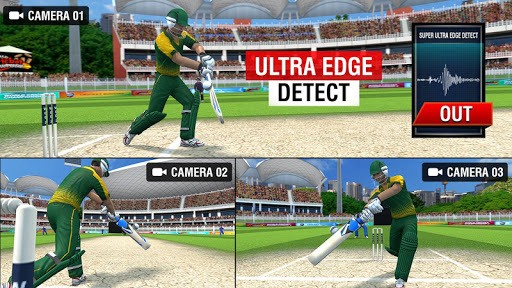 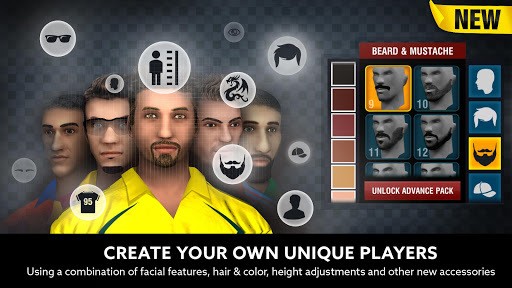 Cricket isn't a game anymore, but an emotion to many. And if you're one of those hardcore fans aiming to play cricket at an international level, here we can satisfy you at least in the virtual means. The World Cricket Championship 2 has been revamped from its first iteration to include and improve many visuals, and make it an almost dream come true for the players.

This 3D cricket game's real essence lies in the various features it has included to make the game no less than an international one. Also, it has graphics crafted in a fair way to miss no action play and give users the feel of playing a real cricket. Its features include;

Players can choose to play not just against the AI, but also with other real players outside. These could be both online and offline. If you're interested in showing off your skills to others around the world, go into online multiplayer mode and play with other cricket champions. If not, try the offline multiplayer with your friends nearby and compete.

You can choose to play Ashes tournament or Test cricket or a T20 one. Also, you can participate in various tournaments like the World cup, ODI series, T20 World Cup, Blitz, and HOT events. You can choose any of the 18 different international teams or 10 domestic teams, and play in 42 different stadiums. Players can challenge a friend or play in gangs mode to form a gang and compete in challenges.

Players have the flexibility to edit the team players' names, their roles, and the whole team. What makes WCC2 realistic is the inclusion of granular ICC rules, and human emotions attributing to the players. These include the players reacting so naturally to a certain achievement, mid-fielding, catches, etc. Also, there's even a commentary included in English and Hindi languages.

While playing, there are over 28 bowling actions and 100+ batting actions to choose from. These even include iconic shots like a helicopter, dil scoop, uppercut, etc. Players should make sure they choose the right shot to face the ball, as playing a wrong shot may sometimes injure the batsman, just as in real cricket.

The bowling team can set the field accordingly and limit the opponent's score, and should consider the pitch's nature (dead, dusty, green) while bowling, as the ball would react accordingly. Making this game as a real ICC-held cricket are the features like cameras, reviews, and replays. The game may be rain-interrupted and followed by a D/L method to declare the result.

There are options like Hot-Spot, Ultra Edge for LBW, and Edge viewable from over 40+ in-game camera angles. There's real-time lightning aided by cinematic cameras and Hawk-eye view for bowling summary & for LBW appeals. Also, the game data was listed in a 3D Wagon wheel and 3D Bar charts for innings scores. There are animations from toss making to umpire decisions and even fielding feats. Players can play this game smoothly in 30fps on most mid-range smartphones and can save and share their game-play.

How to Install World Cricket Championship 2 for Windows PC or MAC:

World Cricket Championship 2 is an Android Sports app that is developed by Nextwave Multimedia and published on Google play store on NA. It has already got around 10000000 so far with an average rating of 4.0 out of 5 in play store.

World Cricket Championship 2 requires Android OS version of 3.4 and up. Also, it has a content rating of Everyone from which one can decide if it is suitable to install for family, kids or adult users.

If you follow the above steps correctly, you should have the World Cricket Championship 2 app ready to run on your Windows PC or MAC.