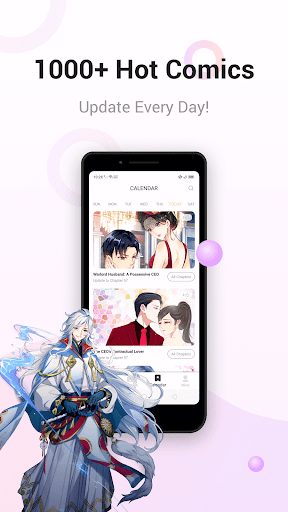 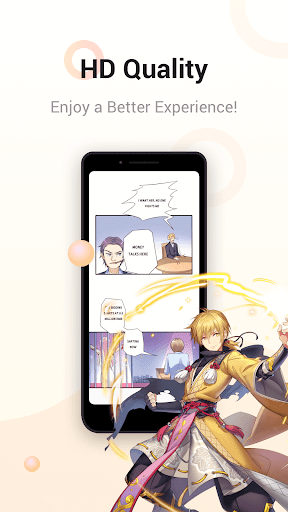 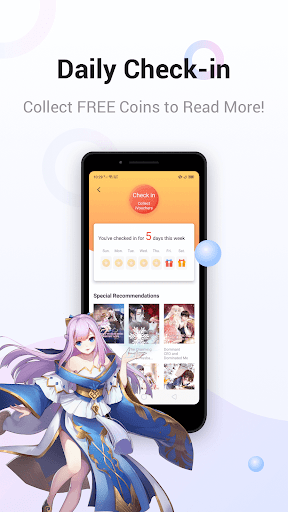 [Comic Cat’s Feature]
👉Countless comics you can only enjoy on Comic Cat!
👉New free comics updated on a daily basis!
👉HD quality and full color, enjoy a better experience here!
👉Super easy to read, all you need to do is to slide the screen!
👉Automatically pre-download the next episodes, read the comics smoothly!

Read comics? Come join us in Comic Cat!
We are not responsible for any of the following situations: CEO’s romantic love, time and space travel, Mr. Charming’s excessive love, rebirth counterattack, or superpower possession.

❤❤❤[CEO’s Romantic Love]❤❤❤
: The inexistent baby formed an unbreakable bond between an impoverished manga artist and a compulsive, misogynistic tycoon......She doesn't have the right to say no just because he is the powerful Jack Gong.
: He said he hates you, but his body wants to have you. The secret that she tried everything to keep has been suddenly exposed, so shameless! Don’t think you’ll be loved by everyone just because you are handsome and full of energy!

❤❤❤[Time and Space Travel]❤❤❤
: Went to another world and became a miserable royal book. A big burden was on her shoulder. She has to make the prince have his own kids before she can go back to her world. She began her road on helping the prince to man up again! Come on, get on the train. Let me take you on this fancy time-traveling trip.
: A female court doctor in 21 century, experienced a time travel into the ancient capital and became a baseborn daughter in Lewis! She came across a poisoned prince and asked: “Sir, are you poisoned? Two hundred pounds for one detoxification.” “Change the way to detoxify me, I will give you double price.”

❤❤❤[Mr. Charming’s Excessive Love]❤❤❤
: Eight years ago, her ex-boyfriend stood by her best friend’s side. She went abroad with hatred. He guarded her silently in a foreign country for 8 years. Eight years after, she was reborn and came back. He hurried to follow her to return... Wait, she still didn’t let go of her ex-boyfriend? No way! I restrained for 8 years, this time, I wouldn’t only stand behind you anymore... Whether your body, or your heart, all belonged to me!
: Hiding her fame and reputation, a white rabbit girl made a perfect counterattack. It overflew with occasionality and inevitability, acting and thinking, and fate and romance. It’s about the epic romance between the young warlord marshal and the cutest girl.

❤❤❤[Superpower Possession]❤❤❤
: He was the most powerful general of the country, who had a beautiful fiancée, while beauties kept appearing, he took great advantage of them! He was so tired that he commenced seclusion. While he was out, rebel forces resurged, royal members fought each other, in this chaotic world, how to find a way out?
: He was a talent who broke the training record of his family, but life didn't go as what he expected. He almost lost everything, even his power. With the help of Yao Lao and Xiao Xun-er, together, they vanquished strong enemies.


[Why Comic Cat?]
👉Countless copyrighted comics, release new episodes every day!
👉Multiple genres included, recommend the right one for you!
👉More functions and features, enjoy a better experience reading on your phone or pad!
👉Check-in every day, collect iVouchers as a reward!
👉The most complete romantic story!

How to Install Comic Cat for Windows PC or MAC:

Comic Cat is an Android Comics app developed by iReader Inc. and published on the Google play store. It has gained around 339308 installs so far, with an average rating of 3.0 out of 5 in the play store.

Comic Cat requires Android with an OS version of 4.4 and up. In addition, the app has a content rating of Teen, from which you can decide if it is suitable to install for family, kids, or adult users. Comic Cat is an Android app and cannot be installed on Windows PC or MAC directly.

Below you will find how to install and run Comic Cat on PC:

If you follow the above steps correctly, you should have the Comic Cat ready to run on your Windows PC or MAC. In addition, you can check the minimum system requirements of the emulator on the official website before installing it. This way, you can avoid any system-related technical issues.