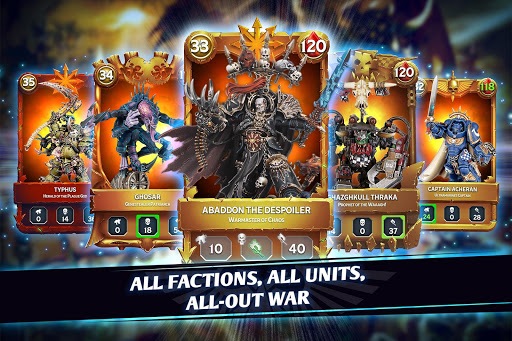 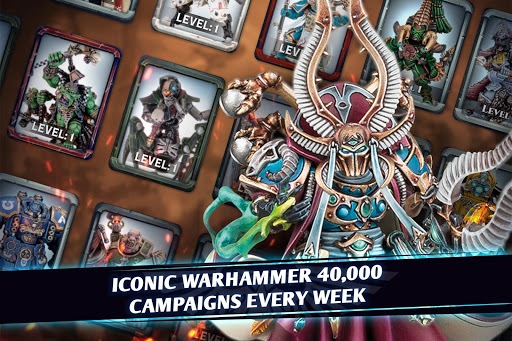 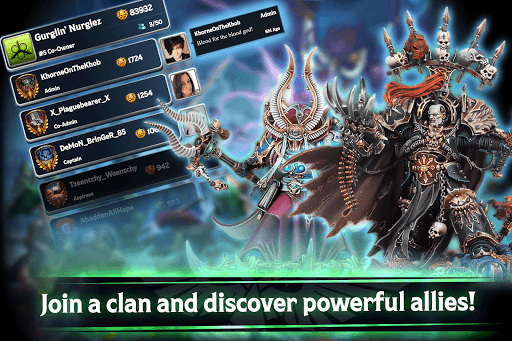 Choose from all of Games Workshop‘s Warhammer 40,000 factions and battle with iconic Warlords: Don the mighty power armor of the Space Marines, become a soldier of the Astra Militarum and hunt heresy throughout the Galaxy, or defend the Aeldari Worlds. Perhaps you will lead a mighty Ork WAAAGH!, reawaken the ancient Necron threat or crush worlds with the mighty forces of Chaos.

In the grim darkness the far future there is only war! Ready your decks and prepare to dominate the Warhammer 40,000 leaderboard! Be a part of the Psychic Awakening in Warhammer Combat Cards and lead your favourite Warhammer 40,000 faction in epic card wars.


WARHAMMER COMBAT CARDS FEATURES:
• Tactical card war: build your battle deck of Warhammer Combat Cards and duel other players in card war. Will you take out their bodyguards or go straight for the Warlord?

• Create your Warhammer 40k battle card deck: use your points to build an army around your iconic Warhammer Warlords and challenge other players in turn-based strategy games (PvP).

• Join or create a Clan dedicated to your favorite faction. Use your Citadel trading cards’ special rules and team up with allies to create a cunning war strategy to dominate the field of war.

• Take part in CCG campaigns based on iconic Warhammer 40,000 battles. Increase your might as a Warlord to unlock new trading cards and take ever larger decks into card battle. Adapt your CCG strategy as your Warhammer card collection grows.

• Build the ultimate CCG collection: every card features a miniature from the Warhammer 40,000 universe ‘Eavy Metal painted character, each with its own upgrade path to help fight in card games and Warhammer 40k campaigns

• Choose your allegiance: collect miniatures from Games Workshop's Warhammer 40,000 Universe – each army with their own 40k Warlords, special rules and unique fighting styles.

Warhammer Combat Cards: 40K Edition is a free to download and play mobile game (TCG, CCG), and some trading card game items can be purchased for real money. If you don’t want to use these features, please disable in-app purchases in your device settings. According to our Terms of Service, Warhammer Combat Cards: 40K Edition is allowed for download and play only for persons 16 years or more of age, or with explicit parental consent. You can read more here: http://www.flaregames.com/parents-guide/

By accessing or using a Flaregames product, you're agreeing to our Terms of Service (www.flaregames.com/terms-service/)

How to Install Warhammer Combat Cards - 40K Edition for Windows PC or MAC:

Warhammer Combat Cards - 40K Edition is an Android Card app developed by Flaregames and published on the Google play store. It has gained around 510341 installs so far, with an average rating of 4.0 out of 5 in the play store.

Below you will find how to install and run Warhammer Combat Cards - 40K Edition on PC:

If you follow the above steps correctly, you should have the Warhammer Combat Cards - 40K Edition ready to run on your Windows PC or MAC. In addition, you can check the minimum system requirements of the emulator on the official website before installing it. This way, you can avoid any system-related technical issues.